Okay so the perfect laptop is rather subjective. But having recently investing a large amount of time into researching portable computer options I thought I may as well pass my knowledge on to anyone who is looking at either making a desktop to laptop transition as I was or wants to upgrade their laptop computer. I am going to assume you have decided on a Windows based laptop, if you want to pay for an over-priced (but sexy looking) Mac then go ahead there are only a couple of options to choose from; but if you really want to get value for money then this article will tell you what you need to look out for.

Okay so as I said the perfect laptop to you is going to be entirely dependent upon your needs. So what do you want it for?

Gaming (a little me ) 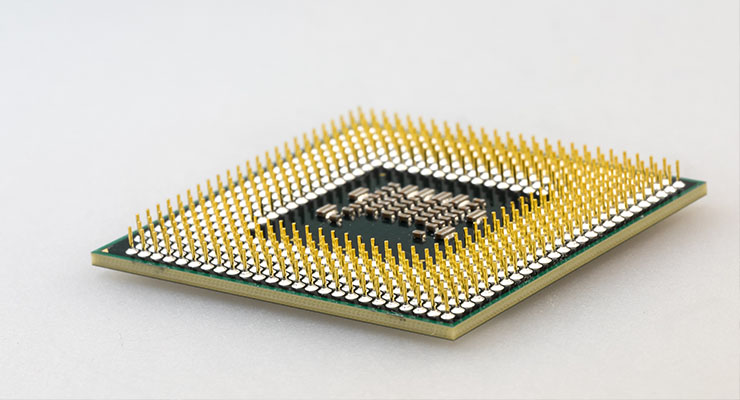 So think of this as the brain of the computer, it processed all tasks that you carry out and is a main priority for doing heavy multimedia work and also gaming. Now as far as technology goes you are going to want to stick with Intel on this one. AMD is another produced of CPUs but I would steer away from these for laptops. I actually have an AMD CPU in my desktop computer which runs fine but by all accounts, you should stick to Intel for laptops. I have heard good things about the latest AMD Ryzen proccesors however so it may be worth checking those out.

Now Intel’s main processors come in the shape of i3, i5 and i7, they also have some less powerful models such as the Atom and Celeron. These will be listed as having a number of cores, single, dual or quad and also a clock speed 1ghz, 2ghz 3ghz etc. As you may have guessed, the higher the better with clock speed and depending on your usage type a higher number of cores is also beneficial. But there are some other things to consider. The newer technology is both smaller and more efficient. The generations of Intel’s CPUs can be listed or derived from the first number of their name e.g. the i7-7700HQ is a 7th generation i7. The latest generation as I write is the 8th generation. Now if you’re ant portability you are going to want a new CPU but you can compromise on power if you don’t require it so look from a 7th/8th generation i3 or i5. For the large amount of multitasking I do for my job an i7 is best suited as it uses multithreading technology which will benefit me and has more cores. Now each processor will differ, so I recommend comparing any that you are considering which can be checked online using benchmark tests. (Google is your friend here). But as a rule of thumb, if you don’t require intensive software then you can get away with an i3 or i5 for some more speed, if you require gaming then you will want an i5 or i7 but an i5 with a better graphics card is going to be better than an i7 without. Then if you want a multimedia laptop then go for the more powerful processor with more cores and a high clock speed.

So this is the graphics card and will be very important for gaming and multimedia work such as photoshop and video editing. If you are using your laptop for normal day to day usage, then your processor will have an inbuilt graphics capability which will be more than fine. If your specs say Intel graphics” then this means that there is no dedicated graphics card and will just utilise the on-board graphics from the CPU. Look out for memory size with these eg 1gb, 2gb 4gb etc. with the higher the better. 2gb should be fine for heavy multimedia usage and basic gaming then 4gb plus for heavy gaming. Now like CPUs the GPUs are made primarily by Nvidia but also AMD. Same rule applies in my opinion stick to Nvidia graphics they are my far the most used and compatible. Whilst I was researching two of the main models for GPUs were the NVIDIA® GeForce® MX150 and NVIDIA® GeForce® GTX 1050. The 1050 is the better option here and what I opted for. This is closer to the range that you get for desktop computers, my system at home uses a GTX 1080. The MX150 is more of a mobile graphics card but is about as cheap as you will find a dedicated graphics card in a mobile computer making it fine for moderate multimedia usage. If you are going to be using your machine more for gaming, you want to prioritise the graphics card and so will be looking at something stronger. GPUs also come in different combinations so look out for that you can get the GPU in 2gb or 4gb the higher one will be advised more for gaming or a more powerful card such as a 1060, 1070 or 1080 with the higher number being the more powerful. 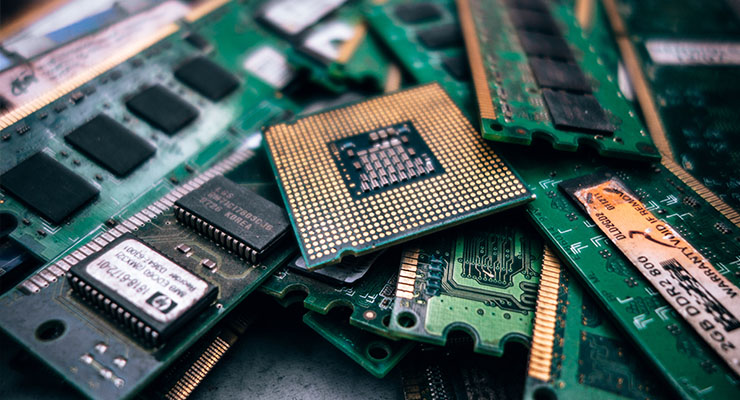 RAM is short for Random Access Memory and is often referred to as memory which can be confusing as some people often think that your memory is your storage. The RAM is basically your “fast memory” and will store all the things that you need quickly whilst using your computer. This means that the more memory you have the more things you can have access to at a high speed. If you do a lot of multi-tasking with multiple windows and programmes running at the same time, then you will need more memory. 4gb of ram is fine for normal usage, 8gb of ram can handle higher multi-tasking and then look for 16gb if you are going to be doing heavy multitasking. Here I had to compromise as I couldn’t find a 16gb model within my budget, but I can add another stick of RAM at a later date if needed. Another thing to note is the type of RAM, newer models will use DDR4 RAM which is much faster than the old DDR3 technology of older models.

As mentioned people often get memory confused with storage. Storage is your hard drive (HDD) or now solid-state drive (SSD). This is where you will be storing any documents, photos and installing programmes so the more the better. It isn’t quite as simple as this however. Traditionally we just used HDDs and you needed to look at read and write speed as well as capacity. We now have the newer technology of the SSD which is becoming a staple in modern computers. An SSD is much faster than a HDD and will speed up your computer if you use it. However, with this speed comes a price; size. Affordable SSDs are small usually 128gb or 256gb. For me this is not a viable option for me as I store a large number of files. If you are not going to have a excessive amount of programmes or documents, then go for a 128gb SSD it will make your system much faster than a HDD. If you want a bit of space for storing photos and videos, then go for a 256gb SSD (Windows takes up about 40gb right off the bat!). If you need more than this, then you need to compromise with either speed or cost. I opted to get a system with both a SSD and HDD. The smaller SSD is used for my most used programmes and then the larger HDD will be used for storing files. If you are gaming, then you will definitely need a larger drive as games can take up a lot of space. If you go for an SSD then they will run faster but you may have to uninstall games that you don’t use often. 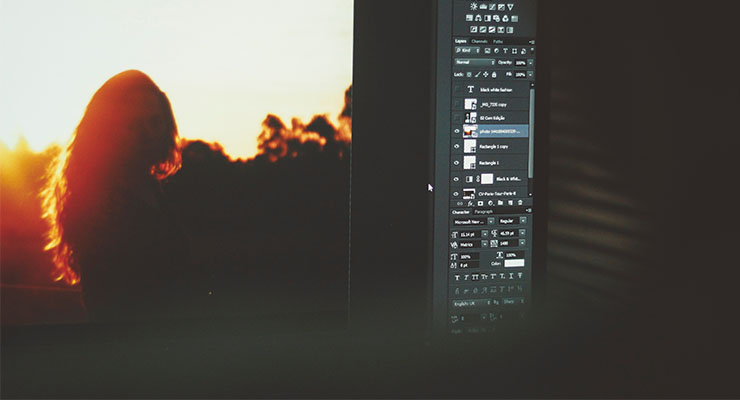 Now screen size is a hard one as it can get quite technical. The main things you want to look out for is resolution i.e. 1920 x 1080 (Full HD), size and time. 15.6″ is a good size, below that I would class as small and above that such as 17″ would be a larger screen. If you are gaming or doing graphics work, then you will want 15.6″+ or if you are more concerned about portability then a smaller screen is usually more advantageous. With regards to type then anyone who is concerned about colour representation for graphics work will need to look for an IPS display as this is much more consistent. If you go for an LED or other type, then the colour display can vary a lot depending on what screen you are viewing on. 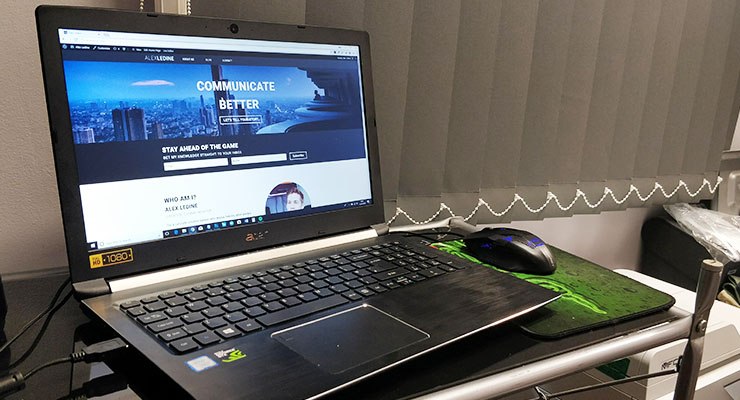 My final decision: the Acer Aspire 7

So those are the main components broken down for you to find the best system for you. Other things to note are build quality and how the specs work together. With this your best bet is to narrow your search down to a few models and then find some detailed reviews of the pros and cons of each and viewing them in a store if possible. Personal aesthetics obviously come into play with sleek and sexy finishes being popular for the more mobile devices and the cooler futuristic designs of the gaming specific laptops. Another thing to look out for is weight, the more gaming and multimedia laptops will also be chunkier at over 2kg whereas some smaller ultra-portable devices can come in under 1kg!

Hope this guide gave you a little insight to the minefield of buying a new laptop. The same principles can also be applied to a desktop, but you will get a much more powerful machine for your money. I’d even recommend buying the parts yourself and them assembling them on your own for a desktop, but that’s another story for another day!

Be sure to ask any questions you have with regards to your own system and I’ll do my best to help.